Androgilez: You think she’s a lesbian, but she’s so androgynous you aren’t sure, she just might like to downplay her femininity. She’s pretty but sensitive so you’re afraid to ask.  They usually hang out with such a variety of people, you have a hard time pinpointing anything about her unless you actually got to know her. You have a 50/50 chance of making out with her at a party…

Desperately Sneaking Susan: A married woman who just realized or has just recently come out to herself and now is in a dire search to find a lesbian to prove herself wrong. They start working out again and are usually going to the gym just as much to check out the ladies as they are to get their burn on. You can also usually spot them at the counter of a local coffee shop flirting with the buxom barista sporting a eyebrow ring and  pixie haircut.

Laureate-lez: She’s only a lesbian until she graduates college. Her future is bright though, she’s got a chance at redemption. (See Desperately Sneaking Susan above.)

BFL’s- Best Friend Lesbians: Two girls who meet all the requirements of a lesbian, from drunk make out sessions to fighting about everything,  yet they swear they are straight. They usually are kinda snotty (think Nicole Ritchie and Paris Hilton.) The will usually end up settling down with some hot redneck guy and about ten years later become a Desperately Sneaking Susan as well.

Ug-lezz: She’s not pretty, and finding love with chicks might be her last hope. Tries to prey on unsuspecting lesbians by sending her pics from 10 years ago via craigslist ad responses.

etina’s: Akin to sugar daddies, these over 60 crowd of very dykish women attempt to flirt and buy love from much younger femmes who have no obvious interest in them.

Spiked and Dyked: Aka the scary lesbians that the uninitiated have no idea how to approach.  Be fore warned, DON’T approach unless invited. They may spank you and you may like it. 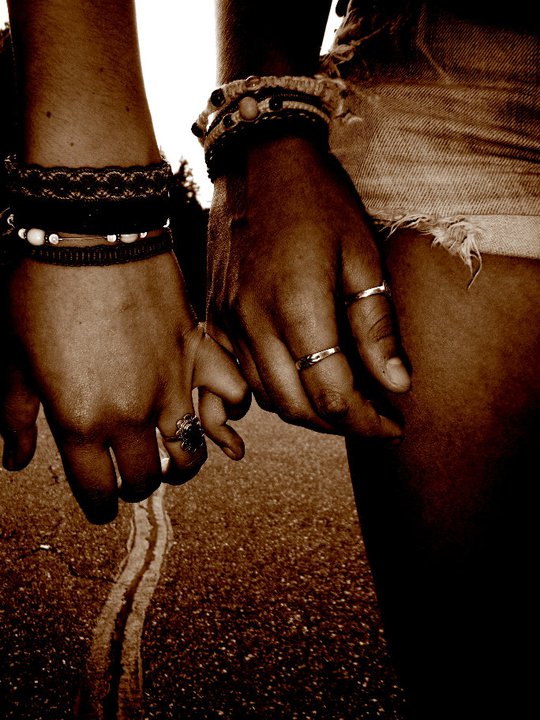 Woo Hoo! I was Freshly Pressed!